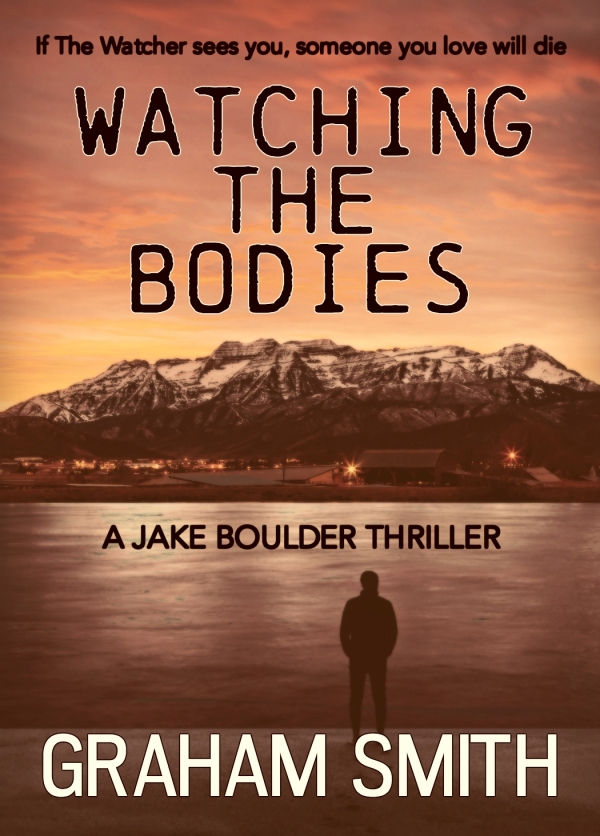 Today I am reviewing this brilliant book by Graham Smith.  This is Book 1 in the Jake Boulder series.  Book 2, Kindrid Killers, will be released September so this is an opportunity to read this book and be ready to pick up the story when the new book is released.

When Jake Boulder is asked by his PI friend to help investigate the vicious murder of Kira Niemeyer, he soon finds himself tracking a serial killer who selects his next victim in a most unusual manner.

As the body count rises, Boulder has to work with the police to identify the heinous killer before more lives are taken. What ensues is a twisted game of cat and mouse, that only Boulder or the Watcher can survive.

How do you stop an evil sadistic killer with nothing to lose?  That is the challenge that Jake Boulder finds himself with when his friend, Kira, is found dead and her father wants answers he doubts the local police force will be able to find.

Jake is a PI and completely out of his depth investigating a murder with only his partner, Alfonse, to help him.  When the 2nd body is found and there are no links the police, reluctantly, agree to share information in the hope that between them they can find the answers needed to identify the killer.

I personally love Jake’s character he has a strange relationship with his mother who is portrayed as a Matriarch that everyone fears and is disappointed in Jake’s reluctance to settle down and provide her with grandchildren.  He is a commitment phobe and shies away from any sort of long term relationship.  He is left flummoxed by information that is revealed by investigating Kira’s past.  As the killer escalates Jake and the police join forces and helped by Alfonse’s excellent IT skills manage to keep one step behind the killer.

The story is told from Jake and the Killer’s point of view which makes for an excellently gripping read made all the more adrenaline pumping by the strange plan that the killer is working too.

My only disappointment is that I felt the last chapter was a little rushed and I would have liked a more robust ending as I felt it didn’t really end.  However, this is book one who knows what book 2 will bring.

Well worth the 5 stars.

A big thank you to Bloodhound Books who provided me with an advance copy of this book.

Graham Smith is married with a young son. A time served joiner he has built bridges, houses, dug drains and slated roofs to make ends meet. Since Christmas 2000 he has been manager of a busy hotel and wedding venue near Gretna Green, Scotland.

An avid fan of crime fiction since being given one of Enid Blyton’s Famous Five books at the age of eight, he has also been a regular reviewer and interviewer for the well-respected website Crimesquad.com since 2009

He is the author of four books featuring DI Harry Evans and the Cumbrian Major Crimes Team and one book, WATCHING THE BODIES in a new series featuring Utah doorman, Jake Boulder.