Many many thanks to the awesome #bloggers on the #blogtour for #murderinthemansion.  Your help made this book a bestseller that is #3 on Amazon UK.  Thank you so much for helping it achieve this.  Jill, Faith & Joffe Books

There is also a sniper loose … and he’s targeting police officers … mostly on their own turf. Who’s next … and will it be one of Greene’s team?  Read more here

There are lots of twists and turns in the book and the ending was a bit of a shock, but this only added to my enjoyment of it.  Read more here

I am a huge fan of this series, I love Hillary’s character and I find the books very easy to read, they are not full of unnecessary violence or graphic sex scenes and sometimes that is exactly what I want.  Read more here

DI Hilary Greene has to be one of my favourite female lead characters of all time.  She is a strong, feisty lady, fast approaching middle age but she doesn’t let it hold her back.  Read more here

A rich, elegant and soon-to-be-divorced woman is found brutally stabbed in the hallway of her stupendous home. Hillary is called in to investigate and leads her team through all of the twists and turns necessary in unveiling the killer.  Read more here

The main plot follows Hillary and the team investigating the murder of Mattie Jones in her mansion. She is not well liked, so there are endless suspects.  Read more here

This is another slick novel from Faith Martin, which puts me in mind of Inspector Morse, or similar. Lots of suspects, clever loose ends which are all tied off in a very satisfying manner at the end.  Read more here 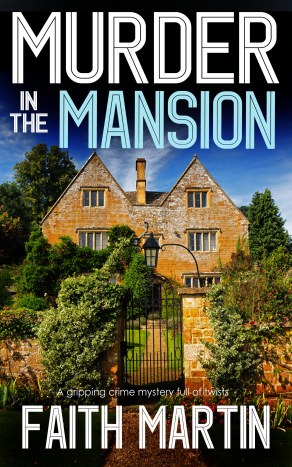 MURDER IN THE MANSION by Faith Martin

Looking for a brilliant best-selling murder mystery with a feisty female detective?

Meet DI HILLARY GREENE, a policewoman struggling to save her career and catch criminals.

Mattie Jones is found brutally stabbed to death in her palatial home. Hillary Greene is called in to investigate the murder of this wealthy woman.

Hillary discovers that Mattie’s snobby attitude had made her many enemies. Mattie was also going through a messy divorce and had a secret lover.

Meanwhile, in a terrifying turn of events, police officers are being gunned down outside their stations. A sniper is on the loose.

Can Hillary cope with the enemies within, a complex case, and the whole force under attack?

MURDER IN THE  MANSION is the eighth in a series of page-turning crime thrillers set in Oxfordshire.
Perfect for fans of Agatha Christie, Colin Dexter, or Ruth Rendell.

THE LOCATION
Many villages on the borders of the Cotswolds have more than their fair share of large, impressive, Cotswold stone ‘mansions’ – homes in times past to the professional classes and farmers.  Large, mostly Georgian, with traditional kitchen gardens, orchards, and ornamental plantings, they are quintessentially English.

THE DETECTIVES
DI Hillary Greene
An attractive woman in her forties, Hillary Greene is a police officer of many years’ experience, and came up through the ranks. Consequently, she knows how the system works, and is fiercely loyal to the force without being blinkered to its faults. She is a long-standing friend of her immediate superior officer, ‘Mellow’ Mallow and enjoys a rather enigmatic relationship with the steely Superintendent Marcus Donleavy. Popular with the rank and file for her no-nonsense attitude and competence.

DCI Philip ‘Mellow’ Mallow
Mel appreciates Hillary’s first-rate ability to solve her cases, and isn’t happy about her harassment by the officers from York. Known for his sartorial elegance and laid-back manners, he has a sharp mind, and an eye for the ladies. A good friend and ally for Hillary in her recent tribulations, he’s determined to keep his best investigator focused on the problems at hand.

PLEASE NOTE THIS IS A REVISED EDITION OF A BOOK FIRST PUBLISHED AS “DOWN A NARROW PATH.” 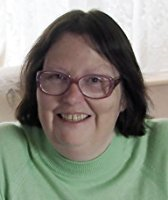 Faith Martin has been writing for over 25 years, in four genres and under four different pen names. She was born in Oxford and sets most of her crime novels within sight of the city of dreaming spires. A real nature lover and afficionado of the countryside, descriptions of wildlife and native flora often find their way into her manuscripts. Right now, JOFFE BOOKS are re-issuing the first eleven of the DI Hillary Greene novels in new updated editions! The first 8 books in the series are available now. Books 9-11 coming soon!

Her romance novels, written under the name of Maxine Barry, are now available from Corazon Books. IMPOSTERS In PARADISE, and HEART OF FIRE are both out, and others will very quickly become available in the future.

Her first foray into writing ‘spooky’ crime, (and written under the pen name of Jessie Daniels) comes out in November 2017. THE LAVENDER LADY CASEFILE is published by Robert Hale, an imprint of Crowood Press.

As Joyce Cato, she writes more classically-inspired ‘proper’ whodunits. So if you like an amateur sleuth, plenty of clues and red herrings, plus a baffling murder mystery to solve, these are the books for you.