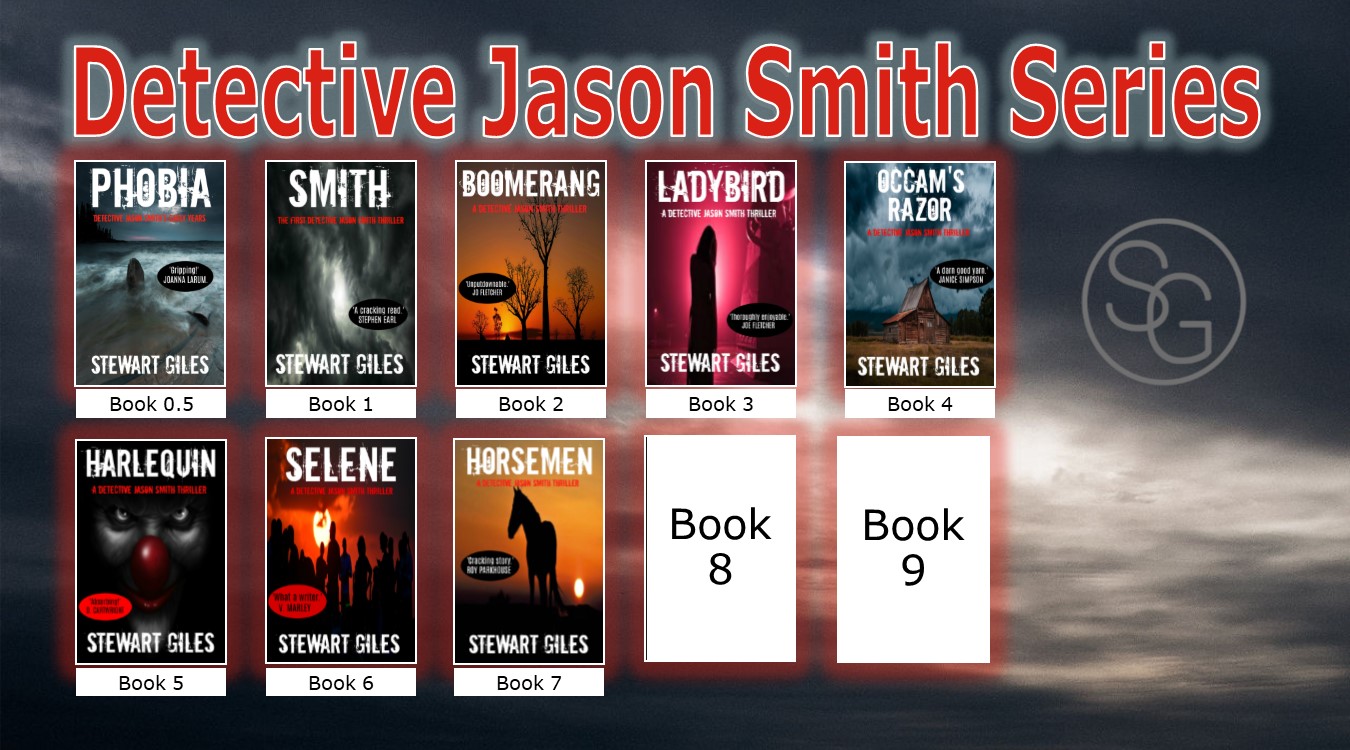 Day 8 – Stewart Giles has given his DETECTIVE JASON SMITH series a makeover with shiny new covers etc. So each day for 10 days I will be revealing the new cover to each book in sequence.

ALSO – each day that book will be reduced to 99p/99c for that day only so if you havent read this series now is your chance to pick up the brand new version for a bargain price. 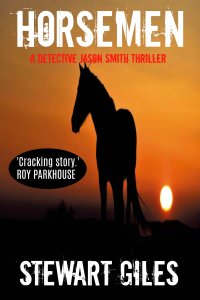 One draining murder investigation after another has left DS Jason on the brink of losing his sanity and he needs a break.

Smith sets off for the peaceful Yorkshire village of Scarpdale for two weeks of country air, slow walks by the lakes and no mobile phone reception. He wakes up on his first morning to find three policemen outside his room. A young woman has been found dead next to one of the lakes. Smith was one of the last people to see the woman alive.

Smith is begged by the woman’s father to find out what happened to his daughter. Against his better judgment, Smith agrees and starts to ask questions, but the locals are not giving anything away. When the woman’s boyfriend is found dead an hour before her funeral, Smith is baffled. The boyfriend was his odds on favourite for the woman’s murder.

Smith quickly realizes that rival horse breeders are involved somehow. Everybody he speaks to talks of something that happened in New York the previous summer; something sinister involving these horsemen but nobody seems to know exactly what went on.

An action packed thriller filled with the twists, turns and red herrings we expect from Stewart Giles. This is an edge of your seat page-turner that will appeal to all readers of crime fiction.

York is a historic walled city in North Yorkshire, England.

At the confluence of the River Ouse and Foss, York is the traditional county town of the historic county of Yorkshire. York Minster and a variety of cultural and sporting activities make it a popular tourist destination.

DS Jason Smith is an Australian who was sent to York to live with his Grandmother when his sister disappeared from a beach. He has suffered many losses in his short life and is now a dedicated detective. He is a bit of a loose cannon he has his own way of doing things and that doesn’t always mean following orders and procedures.

DC Erica Whitton is Jason’s preferred partner they work well together and share a bond. She isn’t always appreciated by Jason, but they care about each other and that brings a different dimension to the series.

What readers are saying about Horsemen:

‘Just finished the latest Jason Smith book and thoroughly enjoyed the series so far. Great characters, clever storylines with excitement and humour thrown in. Well worth a read.’ – Margaret Murray

‘Having read the previous Jason Smith books, I was waiting eagerly for this new addition – and I wasn’t disappointed in the least. I’ve found them all engaging from the first page and so easy to become totally immersed in the story as it so carefully unfolded on each page.’ –Paul B

‘I’m a great fan of Stewart Giles and devour his books eagerly. I sometimes find that when I read a series I become bored and critical of the characters &plots but I never tire of Jason Smith.’–Pat McCulloch

‘Another compelling detective story in the delightful DS Jason Smith series of thrillers. Jason finds he has to cross the Atlantic in order to solve a crime committed on his own doorstep. A most satisfying ending.’ – Kindle Customer

‘I have read the whole series back to back and really enjoyed them, both plot and character wise. Really looking forward to next one, to see what’s in store for Smith’ – JeffKnowsStuff